Welcome to Fjell festning and the 5th BBH3 run.

The run will take us through what is regarded by some, as one of the most complete and exciting coastal batteries within the entire Atlantic Wall. The fortress covers quite a large area (approx. 185 acres or 750 mål), however, the run will only cover part of this area and passes different types of bunkers, gun positions, tobruks and trenches. These will be described as we reach them.

First a very brief description of the construction of the main gun at Fjell festning which was given the designation MKB 11/504 Fjell:

The main battery at Fjell was the B-turret (Bruno) from the battleship “Gneisenau”. The battleship had been seriously damaged by allied aircraft on 26-27 February 1942 whilst in dock in Kiel. Although some naval yard work was done from 1942 through 1944 to reconstruct her, “Gneisenau” was completely withdrawn from service in July 1943 to allow for the replacement of her 28.3 cm (11.1 inch) battery with twin 38 cm (15 inch) turrets.

“Gneisenau” ended the war as a block ship and was sunk in Gothafen harbour on 23 March 1945. The original 28.3 cm guns were used in shore based batteries. Some guns from the A-turret (Anton) ended up in Holland and are on display at the former “Stichting Fort”, Hoek Van Holland whilst the C-turret (Cesar) including guns are still to be seen at Austråt fortress not far from Trondheim.

The main gun was never fired in anger.

The guns and turret were removed from Fjell in 1968 having been sold to a scrap merchant reputedly for NOK 3000. Parts of the armour plating from the turret are still to be seen outside the museum and are used to shore up the area around the museum.

Fjell festning was used as a coastal radar station by the Norwegian military until 2005. 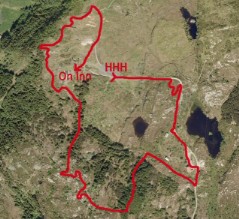 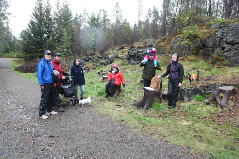 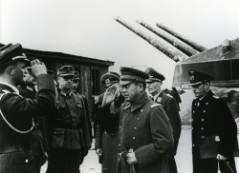 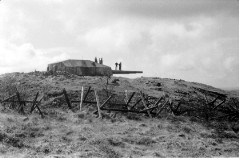