The Luftwaffe's presence on Herdla

The run today
On the run today, we will pass 4 of the 88 mm gun positions on the small hill just to the south-east of what used to be runway I (east/west). In the same area we will also pass a few AA gun positions, the remains of a few buildings and through a cave. We will also pass three (ammunition?) bunkers which are open and can be explored. These do not appear to be of any standard (regelbau) type.

After the drink stop we will be running through the two open hangers and along the old runway II (north/south). We will follow a few of the remaining taxiways to the remains of an old hanger. Before heading back to the on-inn we will pass the remains of bomb and petrol dumps, pillboxes, aircraft shelters, a ramp for hauling up seaplanes and what could be some real World War II barbed wire!

The run is approximately 4 km long and the highest point is only 35 metres above sea level, so it will be a very flat run. However, parts of the trail will take us through a forest which probably has been growing here since World War II. The remains of a road runs through the area, so walkers should be able to complete the whole run. Please note that part of the airfield is a bird sanctuary, so please keep to the trail on the last half of the run.

After the circle there will be a picnic on the beach to the north of the open hangers.


Operational background
The airfield on Herdla was constructed as part of the German defence of Western Norway. Up till 1943 when Gossen outside Molde was built, it was the only operational German airfield between Stavanger and Trøndelag. In spite of problems with the runway, the airfield on Herdla was of great strategic importance. The positioning in the middle of the shipping lanes north of Bergen was important, both for surveillance of the surrounding fjords and shipping and to offer protection of Bergen. In addition to the airfield a coastal fortress with artillery and bunkers was constructed. This was completed in 1944 with the construction of a torpedo battery. The coastal fortress became part of “Artillerigruppe Hjeltefjord”, which consisted of nine installations, three of which were on Herdla. The fortress at Skjellanger on the opposite side of the fjord covered Fedjefjorden and Herdlafjorden on the east side.

Not many of the buildings from the war still exist on Herdla. Many of the barracks and other buildings were constructed on property which was returned to the original owners after the war and not on what remained military property. As a result many of the buildings have either been pulled down or rebuilt. What does remain, is the lorry park to the south of the airfield and a few buildings on Gavlen/Nordre Signalen. The area has been proposed to be preserved as a military historic landscape. Today part of the old airfield is a nature reserve and one of the largest bird sanctuaries in Norway.

History
1930-39: Plans to build an airfield on the flat northern part of Herdla were proposed in a report on a new airfield for Bergen. Radio beacon for the seaplane route between Bergen and Oslo installed on Herdla.

1941: Taxiways were constructed of concrete. At the southern part of the airfield hangers, aircraft shelters, barracks, operational headquarters, offices and storage facilities were constructed and at the western side a large assembly building and hanger were constructed. Four 105 mm guns with a range of 16.000 metres were placed on Gavlen and later became part of Artillerigruppe Hjeltefjord. At the end of the war two of these guns had been mounted in casemates. A great number of the local population was forcibly evacuated, and during late autumn POWs were used in the further construction of the airfield.

1942: Taxiways, smaller hangers, aircraft shelters and barracks were built as were 18 AA gun positions. Herdla church and the church yard were closed. The church tower was removed and the church used to store ammunition and as stables, with tunnels and bunker built below the church. The remainder of the local population was forcibly evacuated.

1943: The taxiways and apron were extended. The east/west runway was rebuilt using concrete. By then approximately 1000 people, many of them POWs, were billeted in barracks and confiscated private houses. The infrastructure including the water supply had to be upgraded in order to cope with the increased number of people living on the island.

1944: Two open hangers (“splitterschutz boxen”) were constructed at the northern part of the airfield. The “Hjelte” torpedo battery with three 53 cm torpedo tubes was completed.

1945: After the German capitulation in May, the Norwegian military took over the airfield and the local population started moving back in October. The whole area was riddled with the remains from the German occupation. One report states that 20+ abandoned aircraft were found on Herdla, and these were all burnt (these days a lot of money is spent raising and restoring an aircraft that was stationed on Herdla – right).

1946–1960s: Until the autumn of 1946 the airfield was periodically used by the Norwegian Air Force to service the Air Forces flights between Fornebu (Oslo), Kjevik (Kristiansand), Sola (Stavanger) and Bergen. Plans were put forward to expand the airfield, but it was later decided that Sola was to be the main military airfield in Western Norway. The new civilian airfield was built at Flesland and opened in 1955. The hangers on Herdla were used as depots and the airfield itself used by flying clubs and flying schools. The coastal fortress was retained by the military.

1960s: The airfield was maintained as a reserve/emergency airfield and the north/south runway was kept free from obstacles.

1994: A fortress used as a training facility was established on Herdla.

2000: The fortress was closed down, and the area purchased by the local authorities. There are plans to build a museum housing among other things a Focke Wulf FW 190 A-2/3 stationed on Herdla during Word War II which was salvaged from the ocean in 2006. 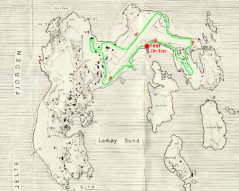 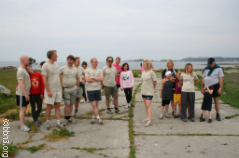 Part of the airfield 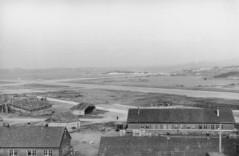 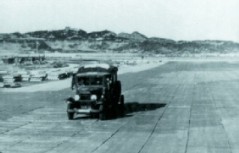 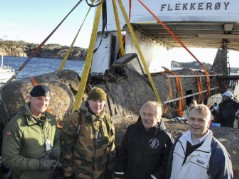 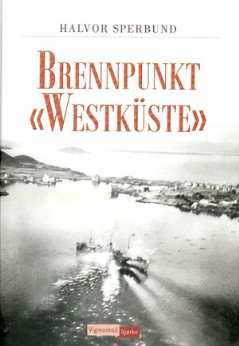